The exam season is upon us.  It is a stressful time for parents and students alike.  Here are some things not to say to your son or daughter…

The worst things parents can say to teenagers taking exams

The exam season is here. For families living in the exam zone, it’s a tricky time. Emotions are running high. Nerves are frayed. Parents try to be encouraging and supportive – and that’s usually a sure-fire way of starting an argument. There is nothing that says it’s the exam season better than the sound of a teenager’s door being slammed.

So what are the worst things you can say?

1. There are only two things that parents can ever say to teenagers taking their exams. The wrong thing. And the wrong thing. Whatever you say is going to irritate them. Accept it. Even accepting it, that’s irritating too.

2. “Don’t worry, it’s not a big deal, it’s only a bit of paper, and whatever happens we still…” Wherever you’re going with that, it’s not working. Think hole, stop digging. If you say, “Don’t worry,” this is interpreted as really meaning, “Relax, you’re in a ship heading at full speed towards a colossal iceberg.” But if you say it “really matters”, that translates as: “Why are you piling all this pressure on me now, like I really need any more?” Wrong and wrong. Again.

3. “Remember how well your sister did.” Few things could be as provocative. It sets off a series of explosions all over the house like in a Sunday afternoon war film. Never mention siblings, dubiously-gifted cousins, unbearable child-prodigy neighbours.

4. “How can you do any work with all those screens running at once?” The generation gap is now measured by the number of screens being used simultaneously. It’s safe to write this because no teenager will ever read this far down an article. They are too busy playing with YouTube, WhatsApp, Tumblr, Instagram, Snapchat and something really retro like Facebook.

5. “At least the exams are much easier now.” This little gem could dig you into a corner tighter than a Hatton Garden deposit box. Allude vaguely to “proper” exams like O-levels and then say: “It’s great that these days they more or less give out the answers as well as the question papers.”

8. Stupid ‘brain food’ ideas. Like it’s going to make a difference, eating fish pie the night before an exam. Or a bunch of bananas or gallons of water to rehydrate the brain. Advice on sleep can also be annoying, oscillating between “Make sure you keep revising” and “Don’t stay up all night revising.” Maybe the last two years of not reading anything longer than a party invitation might have a bigger impact. And anyway what’s the connection with fishes and intelligence? A lot of them are no better than sea grade.

9. “Do you want me to test you on a few things?” This begins with good intentions, in the same the way that wars and major humanitarian disasters probably begin with good intentions. But you’ve stepped inside the dragon’s cave. You’ve offered to help. What could go wrong? Apart from everything? You’re going to ask the wrong questions, or give the wrong answers. And you’ll ask them in the wrong way. Then you’ll get annoyed and say: “Can we turn off the music so I can hear myself think?” or “Why are you watching Game of Thrones on the laptop?” or “Are you having another break?” Hope the door frame is more robust than their speaking-and-listening skills. Bang.

10. “You’ll kick yourself if you’ve only missed out by one mark.”Really, really irritating. Guaranteed to leave them angry until August. Infuriated teenagers will add it to the bulging file marked “I’ve tried my hardest but nothing is ever good enough for you.” Best of luck everyone. Sorry, was that the wrong thing to say?

“Success only comes before work in the dictionary”. Joe, Derby

Don’t worry dear, we can always go for a re-mark. Martin, Stansted

“Fail to prepare, prepare to fail”. This is the one phrase that both my parents used that I just couldn’t stand hearing. Rachel, Reading

Would you like me to look after your phone so you can concentrate on your revision? Paul, Salisbury

“Just do your best that’s all we ask of you”…. Lynn, Hull

The worst is definitely “Are you nervous?” Of course I am, these exams will dictate my life, and whether or not I get into university…Gemma, Bangor

‘If you don’t know it by now…’ Peter, London

What’s the worst that can happen… Mohammed, Newcastle

We won’t be angry if you don’t get the grades, just disappointed…Kate, Stockport

I don’t know why I bother… It was easier when you were babies!Pete, Cambridge

As my boss used to say to me for professional exams “Failure is not an option!”. Except it was… Paul, Brighton

An actual comment made by a GCSE Maths student some years ago: “How stupid is that, they’ve put the GCSE exam the day after Call Of Duty comes out, how am I supposed to do an exam when I’ve been up staring at a screen all night and had no sleep?” Jim, Ascot

As someone sitting my A levels next week, I prefer for my parents not to talk to me at all but for them to just keep feeding me. Alison, Newcastle

How about the old chestnut, “Well, you can take a horse to water but you can’t make it drink” Gerry, Edinburgh

You know all those people who say they are doing no revision are actually doing loads and that’s why they will do well (when actually ‘ those people’ are the three blonde triplets who really do no work at all and get 13 A*s) Aciddia, Tonbridge

What to say: “Let’s have a family film night before the start of your exams”, then let them sit morosely/anxiously/irritably glancing through textbooks/laptops throughout, and pretend not to notice.Fee, Hastings

Exams aren’t really a test of how intelligent you are Paul, Bushey

‘I understand how hard it is’ – my parent say this all the time (I’m finishing A Levels), but they both failed GCSE and worked in McDonalds. Helena

Your cousins are in independent or grammar schools whilst you merely in a state school so you have more to prove as life really is a competition. You need to win this rat race! Rajni, Nottingham

I use the one thing not to irritate teenagers, I tell them I failed ALL my O Levels at 16. I then say well the next year I retook the majority of them and I got 4 passes including a B in Religious Education where the previous year I got an Unclassified. Then I explain that not being academic hasn’t held me back from a full and successful 24 year career in helping unemployed people into work. Carl, Harrow

All failing schools to be academies

Read full article All failing schools to be academies

Teachers in strike threat over pay 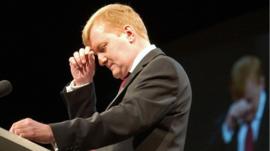 The place where it’s hard to avoid alcohol 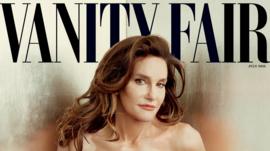 A guide to terminology and avoiding pitfalls 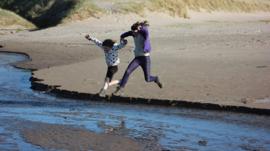 The teachers who gave up work to get more time 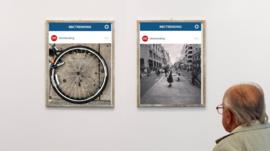 Other people’s social media photos taken without permission and sold 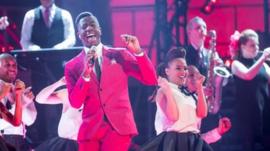 The Voice winner denied entry to his own party 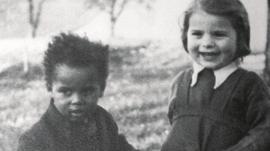 Children of the occupation

The babies Allied forces left behind in Germany and Austria 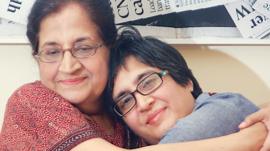 The day my daughter was shot in front of me 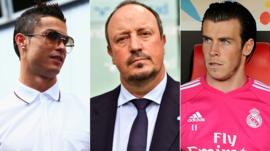 What now for Rafa Benitez and Real Madrid?